Without a diverse and representative workforce, we are not realizing our full individual and collective potential.  There are three primary cases for increasing the diversity of workers in non-traditional careers. 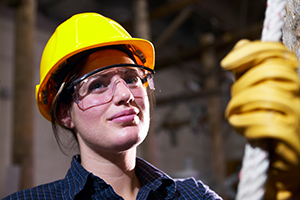 STEM skills are critical for healthcare, technology, and many trade jobs.

“Not all workers need formal college-level skills, but they do need to master a specific body of knowledge. Entry-level occupations in factories no longer pay high wages, but occupations requiring education, experience, or training in STEM fields do, even for those requiring less than four years of postsecondary education. As of 2011, 26 million U.S. jobs—20 percent of all jobs—require a high level of knowledge in any one STEM field” (Rothwell, 2013, p. 7).

Beyond the need for a foundation in science and math that allied health and other STEM programs require; strength in critical thinking, problem solving, attention to detail, and advanced technological literacy (Pearson & Young, 2002) are required in most CTE educational programs and careers (Minnesota State Colleges and Universities, n.d.).

Snapshots from the Non-Traditional Career Landscape

Only 7% of all allied healthcare workers are male. The Department of Labor’s Bureau of Labor Statistics projects that between now and 2022, more than 65% of the fastest growing occupations will be in health care (U.S. Bureau of Labor Statistics, 2013).  Of these occupations, more than 50% require an associate degree or less. This is good news for all students, especially males, who can enter a career that is stable, high-paying, and personally satisfying, while providing opportunities for professional growth.

Since 2000, women have earned approximately one half of all S&E bachelor’s degrees (NSF, 2009). However, further examination reveals a significant gender gap in the number of women earning degrees and practicing in engineering, physics, and the computer sciences. The disparity of women is not because they are not good at math and science or that they are not prepared by their high school course selection. On average, females receive higher grades in school in every subject including mathematics and science, females earn more credits in math and science courses than males, and female high school graduates have a higher combined GPA in math and science courses than males (Dwyer & Johnson, 1997; Kimball, 1989; Shettle et al., 2007; U.S. Department of Education National Center for Education Statistics, 2007). Despite these achievements, young women are not readily choosing certain high tech disciplines as a college major and career path, but instead are more likely to secure degrees in the humanities and life and social sciences (Lubinski & Benbow, 2006).  Young women tend to believe that science and technology are not relevant to their future career goals or do not find the learning contexts inviting (Brophy, 2008; Hsi, Linn, & Bell, 1997; Lent et al., 2005; Linn, 2003; Seymour & Hewitt, 1997).

Areas in which consistent gender differences have emerged are children’s and adolescents’ interest in math and science, their beliefs about their abilities in math and science, and their perceptions of the importance of math and science for their futures (Halpern et al., 2007). Acknowledging and addressing these areas can increase girls’ and women’s’ awareness, interest, and confidence to pursue a career in engineering. Social and environmental factors contribute to the underrepresentation, thus aggressive and focused intervention efforts targeting women are recommended to address the gender gaps in STEM (Congressional Commission, 2000).

(The above section is excerpted and modified with permission from Pollock, 2014.)

How can you use this information in parent meetings or with counselors and administration?

Throughout this module, you will find a number of “Pause & Reflect” questions such as this one. We highly recommend that you start a journal to record your reflections.