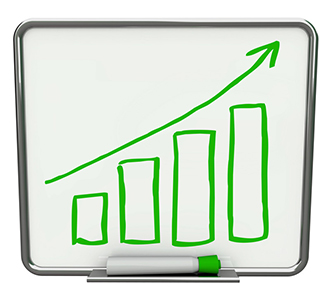 The Science and Engineering (S&E) workforce has shown sustained growth for more than half a century. The number of workers in S&E occupations grew from about 182,000 in 1950 to 5.4 million in 2009. This represents an average annual growth rate of 5.9%, almost five times the 1.2% growth rate for the total workforce older than age 18 during this period [1].

Even in times of economic downturn, STEM continues to see growth. For example, while workforce growth in S&E occupations from 2000 to 2009 was slower than in each of the preceding two decades, at 1.4% growth annually, it still far exceeded the 0.2% growth rate for the general workforce.

Given how embedded technology has become in our society, and the Grand Challenges we face, we can expect persistent growth among STEM jobs in the coming decades.